From Idea to Reality

It was the during the late evening with the sky full of stars overlooking forests and plateaus of the Carpathian mountains. With this scene of four happy buddies relaxing in the open-air hot tube, laughing and drinking beer after cycling 50+ kilometres on unpaved roads up and down across the Slovak landscape. Here I have experienced, what a bike adventure should be about.

The first step in planning in the bike route is about realization, what the bike journey should be about? Where should it start and to end? What kind of landscapes should it be crossing? What points of interest should it include? What type of terrain and surface should it have? Slovakia is geographically extended in the west-east direction and rather small from north to south. Moreover, the two largest cities Bratislava and Košice have a contrasting location. The Slovak capital Bratislava lies in the southwestern corner, bordering both Austria and Hungary. Košice is the “metropolis of the East” and offers historic old town and interesting local cultural vibe. The distance between them by car is 400 kilometres, so with some detours these citites seemed like obvious start and end point of the Bike Slovakia routes. 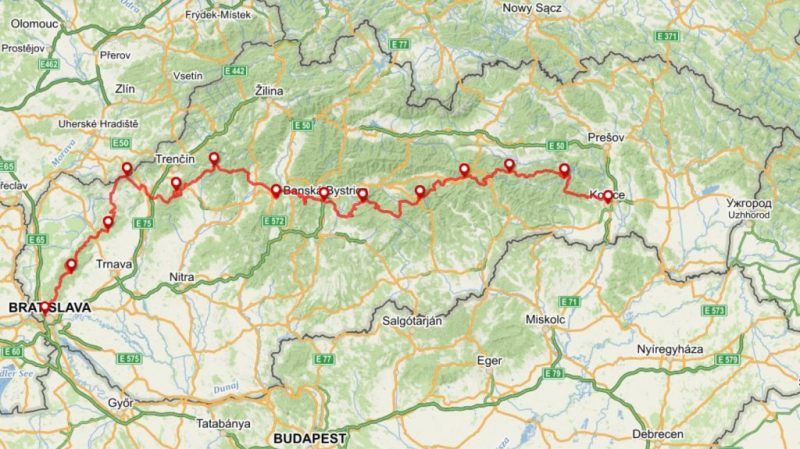 Okay, so the route in theory was ready. When the snow in the Little Carpathian Mountains melted, it was the time to set off. It was April 2020, when the Covid pandemic hit Europe. Slovakia introduced strict restrictions and meeting Žožo was one of the few personal contacts I had during that month. Our goal was to ride the first stage of the Bike Slovakia Mountain Route, from Bratislava to Modra Piesok. 40 kilometres across the Carpathians went by smoothly and the drought beer at the end of the route after a month of lockdown was one of the best in my life.

Well done, we tested one in 13 stages of the route successfully. May was very rainy, so for the other stages we headed in early June. Crossing the Strážovské and Kremnické Mountains of Western and Central Slovakia took us three intense bikepacking days, during whose we tested 3 and a half stages between Nové Mesto nad Váhom and the metropolis of central Slovakia, Banská Bystrica. Being self-sufficient was inevitable, as the accommodations were closed due to Covid situation. Again, bike riding with Žožo and Marek and experiencing overnights in tents was at least as refreshing as the deserved beers in Banská Bystrica. 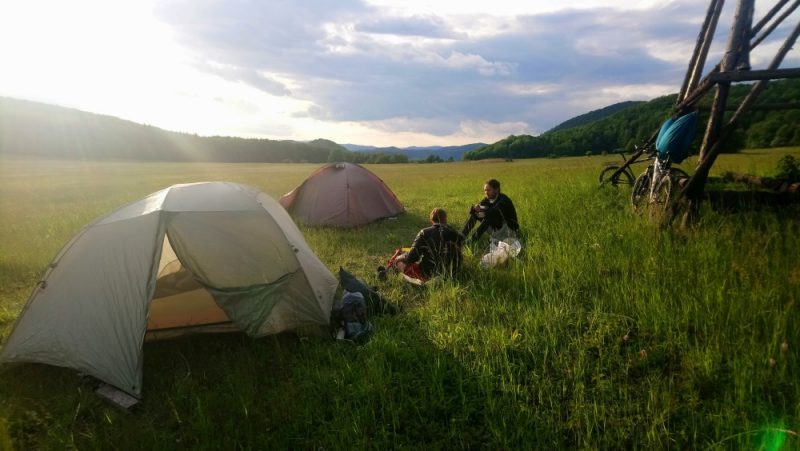 July brought even warmer days and accommodations were able to open its doors to visitors again. We had a gap of three stages in the Little and White Carpathians, so we used a prolonged weekend with Pali to head north. Stages 2, 3 and 4 of the Mountain Route include some great trails and diverse landscape, too. What I really liked, is that in the middle of each of the stages you have a lake with a restaurant to swim and refresh yourself.

Besides scenic mountain landscapes, there are several cultural attractions to stop by along the route. Medieval castle ruin Dobrá Voda hidden in the forest surprises you by its monumental walls when coming from the nearby village. Košariská is a picturesque village and a birthplace of the Slovak hero, Milan Rastislav Štefánik. Riding uphill to visit his tomb with splendid view to the rolling hills of Myjava region is one of the highlights of the day. Another is to climb up Veľká Javorina, the highest peak of the White Carpathians, with a huge communist-era radio transmitter. Located on the border between Czechia and Slovakia, it is a place of a early festival of brotherhood and friendship between the two nations.

The last remaining and the longest section of the Mountain Route was left for August. Two days after my wedding, we took a train from Bratislava to Banská Bystrica. Roman from Odense, Martin and Vojta from Prague and me, a small but dedicated group of friends, cycling to a new destination every year. Baltic states, Romania and Moldova, Ireland, Israel, Ukraine, Albania, Macedonia, Azerbaijan, Georgia, Armenia and Kyrgyzstan. Travel memories from these bike trips is our shared source of jokes and collective mind.

It took us six days to ride from Banská Bystrica to Košice up and down the Carpathian mountains, plateaus, ridges and valleys. The eastern section of the Mountain Route is the wildest and the most adventurous. Mountains are higher, forests are deeper and distances between towns and villages are longer. This was the Carpathian experience at its best. The last stage from Gelnica to Košice brought the largest challenge in terms of endurance as well. Riding a bike for three hours in heavy rain in elevations reaching 1000 metres above the sea level became our ultimate challenge. The rain stopped in Košice, when I cleaned myself and the bike in the car wash, before sharing the last meal with guys and taking a train back to Bratislava. 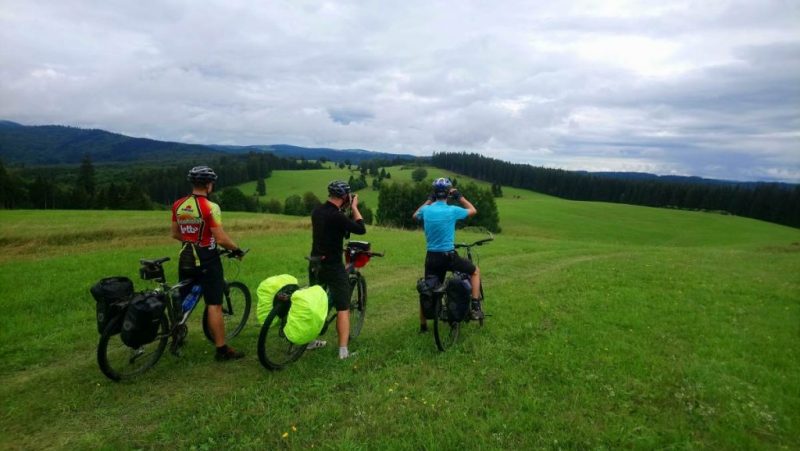 Bike Journey from Slovakia to Portugal